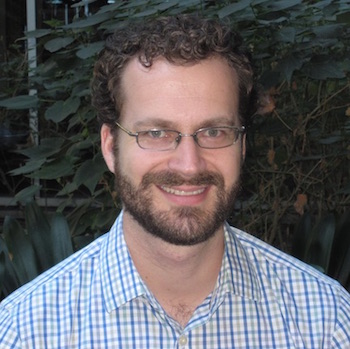 I get a 6x speedup on a vanilla grep task by using GNU parallel (brew install parallel). I get 4x speedup on an awk task computing feature cardinality for a machine learning problem.

This post is about speeding up grep and awk on a single machine. It’s a modified repost of a Wordpress article I wrote a few years ago. I thought it was cool enough to bring over to my new blog home, and in doing so I’m seeing the 3x gain I originally got on the grep task go up to 6x. Awesome.

Say I want to know how many times feature “15577606” appears in the KDD CUP 2010 kddb LIBSVM machine learning benchmark training set. This is a binary classification data set containing 19 million lines (each line is a feature vector) and 30 million features – a large grep task.

Now I’ll use this to do something useful: count the occurrence of each of the $O(10^7)$ features in the training file. I’ll use a map-reduce pattern. In the map phase I’ll run “feature_count.awk” with the following contents.

The reduce stage is an awk one liner that adds the counts by feature. Naively you would run it like this.

This takes me 19m50s. With parallel you could do

What I learned about the data

A quick analysis of the feature statistics follows.

First thing I learned, 72% of the features appear in the training set just once, as in, they appear in just one single feature vector. This is a red flag because normally you’d want features to appear many times for the model to learn something generalizable from them.

I’ll do a separate feature cardinality run on the test data set.

But only 7% of the test set features appear in the training set.

Even fewer (4%) make more than 10 appearances in the training set.

If I were to build an ML model for this task, I would remove features that appear less than 10 times in the training set as a preprocessing step. Here’s a quick way to generate a feature include-list.

That’s 3,814,194 eligible features in the training set, 13% of the original dimensionality. This would bring nice speedups to model training and prediction, at no cost to accuracy.

You may also enjoy

Where Those Loss Constants Come From

Here’s where that n and that 2 come from in the square-loss objective function, in gory detail.

In this post I’ll attempt to hack a scikit-learn model prediction microservice with AWS Lambda.

The streaming distributed bootstrap is a really fun solution, and I’ve mocked up a Python package to test it out.