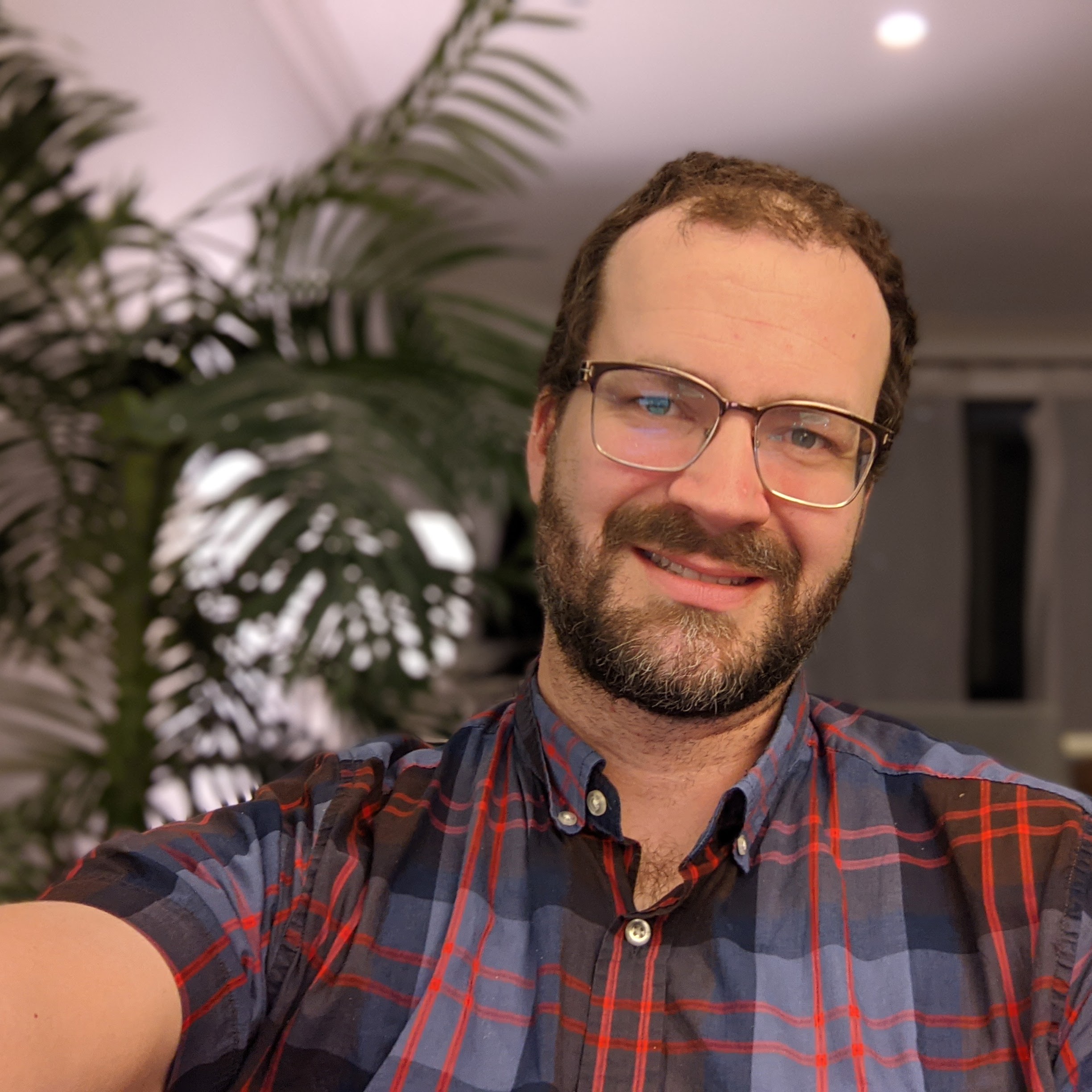 The bootstrap (Efron 1979) is an incredibly practical method to estimate uncertainty from finite sampling on almost any quantity of interest. If, say, you’re training a model using just 30 training examples, you’ll likely want to know how uncertain your goodness-of-fit metric is. Is your AUC statistically consistent with 0.5? That’d be key to know, and you could estimate it with the bootstrap.

The standard bootstrap, however, does not scale well to big data, and for unbounded data streams it’s in fact not well defined. The standard bootstrap assumes you have all your data locally available, it’s static, it fits into primary memory, and it’s easy to compute your metric of interest (AUC in the above example).

The streaming distributed bootstrap is a really fun solution, and I’ve mocked up a Python package to test it out. In this article, I’m going to assume you’re already a fairly technical person who understands why you’d want to estimate uncertainty on a big data application.

At the end of this post I’ll set loose a streaming bootstrap on the Twitter firehose, computing the mean tweet rate on top trending terms at the time I ran it, with streaming one-sigma error bands.

I’ll be using the following R libraries and global settings for the R snippets.

Let’s start with a fake data set of $N=30$ points, and let’s say the data is drawn from a random uniform distribution.

The index identifies the data point, the count is simply the number of times that data point appears, and the value is “the data.” The mean of the data is 0.48 and the standard error on the mean is 0.05.

I’m going to start by histogramming the counts of each index. This is a trivial histogram: there’s just one of everything.

Now the bootstrap procedure is

Here’s an implementation of the bootstrap for this data set. The quantity of interest in this example is the mean of the data.

My session gives me

Thinking more deeply about the resampling

Now it gets interesting. It turns out that step #1 in the bootstrap procedure can be thought of as rolling an unbiased $N$ sided dice $N$ times, and counting the number of times each face (index) comes up. This is a result from elementary statistics: the counts of each face is distributed as

where $\pmb{p}$ is a vector of $N$ probabilities. I’m going to simulate one single bootstrap iteration like this:

Here’s a histogram of the number of times each data point comes up in this iteration:

A bunch of points are resampled zero times, the 12th and 26th data points are resampled 3 times, and everything else is in between. I already know the resample counts are Multinomially distributed, but here’s a slightly different question: over the course of a full bootstrap simulation, what’s the distribution of the sample rate of just the first data point?

The leap to big data: the Poisson trick

So far I’ve been dealing with small data, at $N = 30$. With big data $N$ is either very large or, more often, unknown. Let’s think about what happens when $N$ gets huge.

The resampling procedure is independent of $N$! This was purely luck, and it means I don’t need to know the size of the full data set to bootstrap uncertainty estimates, and in fact if $N$ is large enough the bootstrapping procedure is nearly exact.

The agreement between the Binomial and Poisson distributions is already extremely good at just $N=30$, and it only gets better with large $N$. Because the Poisson distribution is independent of the parameter $N$, I can turn the entire bootstrap process sideways: I’ll run 10000 bootstraps on each data point as it arrives in the stream, without regard to what will stream in later, as long as I can define an online update rule for the metric of interest.

A streaming bootstrap of the mean

The mean as the quantity of interest is a useful example because it has a simple update rule. Pseudocode of the online weighted mean update rule is as follows.

When W = 1, this reduces to an online unweighted mean update rule. For the very first data point, the mean and aggregate weight are set to 0.

Using the Poisson trick, the streaming serial bootstrap algorithm is:

The InnerOnlineUpdate must be set to WeightedMeanUpdate for the mean as the quantity of interest. thetaInner is an array representing a running estimate of the sample distribution of the mean at the $i$-th data point.

I’ve mocked this up in a Python package called sdbootstrap. First export the R data to file.

Then in the terminal,

Here’s a picture of what I’m about to construct.

I’ll do it by way of example. Let’s generate $N = 10000$ data points uniformly distributed between 0 and 1 with awk’s random number generator.

My top 10 entries are

A traditional bootstrap at 10000 iterations in R gives me

The Bag of Little Bootstrap authors pointed out that you can multithread the bootstrap by doing a bunch of independent bootstraps and collecting the results. Their approach is to over-resample the data and summarize immediately in each thread, then collect, but I want to maintain the full bootstrap distribution so I’ll do it a little differently. And importantly, I’ll do it for unbounded data: each thread will do the job of the streaming bootstrap in the previous section, and it won’t know how big the full data set is.

This algo reuses the above StreamingSerialBootstrap in what I’m calling the inner bootstrap, and also implements an outer bootstrap procedure that collects each bootstrap iteration’s current state and does a aggregation to produce the a master bootstrap distribution.

Here it is with the Python package. I’m going distribute the data over 6 threads using the lovely Gnu parallel package (brew install parallel).

My top 10 output lines are

This example and a lot of thinking convinces me that the algorithm is right and my implementation is right. It is certainly not a complete or rigorous proof, I leave that to others.

Just for fun, let’s set this loose on some Twitter search terms. This simplest average quantity I could think of was the mean time between tweets for different terms. Let’s call this inter-tweet time.

I’m accessing the firehose via the t command line utility. The top trending term at the time of writing is “Whole Foods”. Here’s what some of the tweet data look like.

I’ll convert the date to a timestamp in seconds and subtract the timestamp of the previous line, skipping the first one line of course.

I’ll make use of a Gnu utility called stdbuf (brew install gstdbuf from Homebrew on my Mac) that lets me disable the buffering that the awk stage is apparently inspiring. With no buffering I can turn on the firehose and get real-time updates of the bootstrap distribution at every 10 tweets.

And I’m not parallelizing the inner bootstraps per trending term because I have just one data stream each – so this is not a full blown demo but it’s still cool and suggestive.

I let it run for rew minutes. Plotting it up:

The top term is significantly more popular than the next two, which themselves are indistinguishible from one another over the period I accumulated data.

While I did not distribute each trending term’s bootstrap, I did already demo parallelizing the weighted mean bootstrap above so hopefully that’s enough to convince you that it’s possible over distributed Twitter streams.

I’ve sketched the train of logic that takes you from the standard bootstrap, to the streaming flavor, to the streaming-and-distributed flavor, and I did a cute Twitter firehose example. The purpose of this approach was not to prove anything rigorously but to make the concepts real and build deep intuition by actually doing it.

This is not the streaming version of the Bag of Little Bootstrap. The BLB (1) maintains over-resampled bootstrap distributions over each shard and (2) immediately summarizes the sharded bootstraps locally on their own threads, then (3) collects and aggregates the summaries themselves to create a more precise summary. What I’ve done here is maintain exact streaming bootstraps over each shard and collected the full bootstrap distribution in a downstream master thread, then summarized. For the weighted mean and many data points, the streaming distributed bootstrap is equivalent to a single standard bootstrap. This is true for any online update rule that can handle aggregated versions of the statistic of interest. In cases where the update rule cannot handle aggregate versions of the statistic, maybe you’d just do a weighted mean update to compute the master bootstrap distribution.

You can play many variations on this theme, as I’ve done a bit in this post, choosing any combination among

I’ve toyed with more statistics, like quantiles and the exponentially weighted moving average (EWMA), both of which can be computed online. You can take a look at these updaters at https://github.com/fwhigh/sdbootstrap/tree/master/sdbootstrap/updater.

You May Also Enjoy

How I tricked AWS into serving R Shiny with my local custom applications using rocker and Elastic Beanstalk.

The combination of an IDE, a Jupyter notebook, and some best practices can radically shorten the Metaflow development and debugging cycle.

Some of these are specific to Metaflow, some are more general to Python and ML.